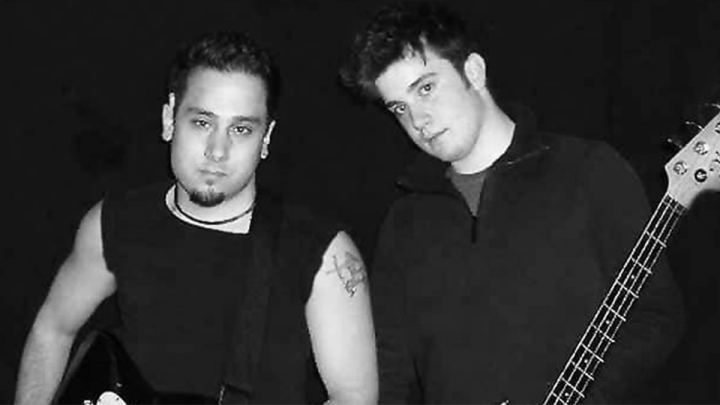 Hi, this one’s about dying. I know I usually write about lighthearted renovation stories and Italy, but this isn’t like that. If you don’t feel like reading something sad —I usually don’t— this might not be the one for you.

My cousin Michael died yesterday. He was 38. He married his wife Rebecca less than two years ago. It was a perfect September day in Ontario. On the morning of the wedding, I was jet-lagged after flying in from Italy the night before and was already wide awake at 4 am. I sat in my room for a bit before heading out for breakfast and ran into both of them in the cozy hotel hallway. I was so happy to see Mike and Rebecca. They invited me to sit outside. We sat on the curb and caught up on life. We laughed. You know, the little things you do with a cousin you grew up with and his future wife.

The first time Mike introduced me to Rebecca, she waved at me instead of hugging and kissing me because Mike had already warned her that I was “a little awkward” and “weird about hugging.” This has been an ongoing joke in my family. Michael’s younger sister (also my cousin) Julia and I have always been a little bit strange about showing affection. I think it’s because growing up and being the youngest in a Southern Italian family, we were often forced to kiss distant relatives and deal with aggressive cheek grabbing from strangers. Michael often thought this was very funny.

But today, nothing feels funny and I wish I was home. Instead, I’m being weird and sitting on a curb, just like the morning of the wedding, except this time I’m alone, it’s 32 degrees outside and I can’t fly home to Montreal to be with my family because of a pandemic. So I guess I’ll just sit here for a while?

For the past decade, I’ve tried really hard to find the silver linings in the sadness. The lessons in the bitter trials. After my mom and brother both died three months apart from each other over 10 years ago, I learned at the tender age of 19 that even the things you were 100% SURE would absolutely kill you — the worse case scenarios people convince you won’t ever happen but sometimes actually do happen because LIFE SUCKS SOMETIMES— even those things are blessings in disguise. And it is our job to sit with the hurting and feel the feelings until we find the lesson. The reason for the heartache. And so, throughout my twenties and now thirties, I’ve dealt with my issues by asking myself “What is this here to teach me?” I’m sure you already know Oprah taught me to do that.

So I’m sitting here on this dirty Italian sidewalk and I’m staring at a lame ex-tobacco factory that thinks it’s a lot cooler than it actually is and sells really overpriced brunch, and I feel like smashing my head against a cement wall because THIS LESSON HAS ALREADY BEEN LEARNED.

But still, I go back to the question. What could this possibly be here to teach me? Nope, nothing comes to mind.

In 2010, my mom looked me dead in the eye in her hospital bed and said, “Lisa, I know Antony is going to be okay, I just know it.“ But then he wasn’t and she wasn’t even around to be mad at because she died too! I MEAN, I LOVE YOU BUT REALLY MOM. Man, I DESPISED her hospital room. I still remember the bag of chips and Diet Coke from the stupid vending machines just sitting on her bedside table, open and untouched because she couldn’t eat or drink. Even now, over 10 years later, I see a can of Diet Coke and I think of my Mom in her polka dot summer dresses, lying in the sun and drinking Diet Coke with those big almond eyes, olive skin and voluminous black hair. She was the kind of woman who wore work suits and heels and had a signature Michael Kors perfume. (I know I know, I’m pale and I have blue eyes and if you see me in heels, I’m either at a wedding or having a nervous breakdown so you should probably call for help).

When my Mom was dying, I would sit beside her in a rather uncomfortable and, more importantly, very ugly hospital chair and play with her favorite rings. She had slipped them on my finger a year earlier, right before they wheeled her away to surgery. I can’t even remember why we were at the hospital or the times she was operated on. Can you believe that? And I don’t remember the months after Antony passed away either. All I know is I cut off all my hair at a weird salon because I have pictures to prove it and got my dog Kiwi to help me get out of bed in the morning. Survival mechanisms are a funny thing.

Just last week, I was sitting on the couch and thinking about Mike and Antony. They used to be in a band together in their late teens. They made a lot of music. A bit before Antony died, they had written a song together and it’s been stuck in my head for the past two weeks. I haven’t heard that song in over 10 years. I think Mike played it at Antony’s funeral, but I don’t remember anything about Antony’s funeral either. All I know is the chorus went “So Mary let’s dance, and how about a little romance? It’d make me happy to marry Mary.” Every time I started humming it felt like a sign, or something a lot like it.

The last time I saw Mike was when I went home for Christmas. I stood in the tiny hallway of my grandmother’s house in Montreal and said goodbye. That was the last time I saw him. He promised the sickness wouldn’t win — that he wouldn’t let it. But it did. So I guess my “If he gets better, I’ll never complain about anything again” promises to empty morning skies didn’t work. They never have. They never do.

Now what? Where the fuck do we go from here? Well, right now, I have to get up and go home because my phone is dying and I probably have a sunburn. Have I figured out the lesson? No, still nothing. Do I think getting drunk on cheap Chianti during the work week will help? No. Am I going to do it anyway? Yes. Will I continue eating gelato for dinner? Of course.

So this one’s for you, Mike. Somewhere in the infinite, writing songs, listening to the bands you love, playing guitar with Antony and singing the songs I wish (god, you really have no idea how much I wish) you were still playing for us.

Originally from Canada and now living in Florence, Lisa-Marie Proteau writes about Italy, travel, lifestyle, home renovation and more. She loves a juicy book and a spritz. Catch her on Instagram @almostfiorentina